Behind the Design: Brand That Unites

Behind the Design: Brand That UnitesBefore it was a brand, a shared ethos, a way of living, Brand That Unites was a slogan, a placeholder thrown around the studio as the Express design team developed its inaugural streetwear capsule. But sometimes, a name is so good that it sticks—and takes on a life of its own. “Given the partisanship of today’s culture we felt that a brand with a democratic view of fit and design was uniquely positioned to stake its claim as a unifying force,” says Paul Schwartzberg, Express director of graphics and CAD. With that mindset, Brand That Unites was born, taking a decidedly bold and stance of togetherness in divisive times, launching in 2018 to celebrate street, sport, art, and style.

Streetwear by definition is the people’s fashion, an organic, ever-changing collage of the clothes real men and women actually wear. As such, developing Brand That Unites was the consummate team effort, incorporating the work of seven designers across multiple departments. The result? Graphic tees for dudes who skateboard or guys who paint, hoodies for football fans and cinephiles, sweats for chefs de cuisine and influencers du jour. With every single one of the nearly 40 pieces (and counting), the New York-based design studio had a vision: Street. Sport. Art. Style. Through those avenues of culture, Brand That Unite proves that the clothes you wear can make you feel like you’re part of a something bigger, like you’re part of a movement. 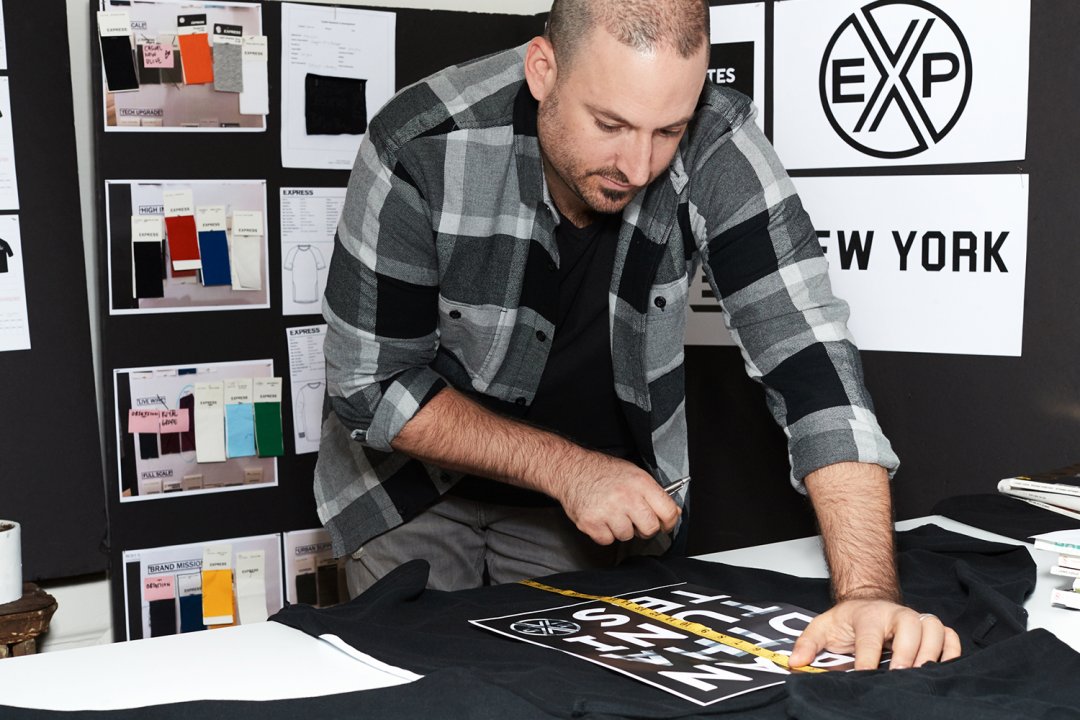 “Streetwear is this amazing intersection of all things cool,”  Schwartzberg continues. As such, the design team took inspiration from anything and everything cool, from the worlds of skateboarding and surfing to hip hop and streetwear. The result was a capsule collection of strong and geometric graphic elements, directional colors (red, white, black), and loose, easy-to-wear silhouettes. They’re the clothes you’d wear to an art opening or skate show, a playoff game or a fashion show. They’re clothes for guys. They’re clothes for girls. They’re clothes for everyone.

One other minor detail: Many streetwear brands have purposefully limited runs as a way to increase demand and heighten the illusion of scarcity. Not Brand That Unites, where the aim was to create something entirely egalitarian.“When streetwear got bigger and bigger, we thought, ‘Let’s create an accessible version: Streetwear you can get your hands on without spending a lot of money,” recalls men’s graphic designer Ericson DeChavez. So he and Schwartzberg set to work designing a decisive logo, choosing wearable, dynamic fabrics, and concepting a stripped-down range so popular in the men’s design studio that it made its way into the women’s collection, too. 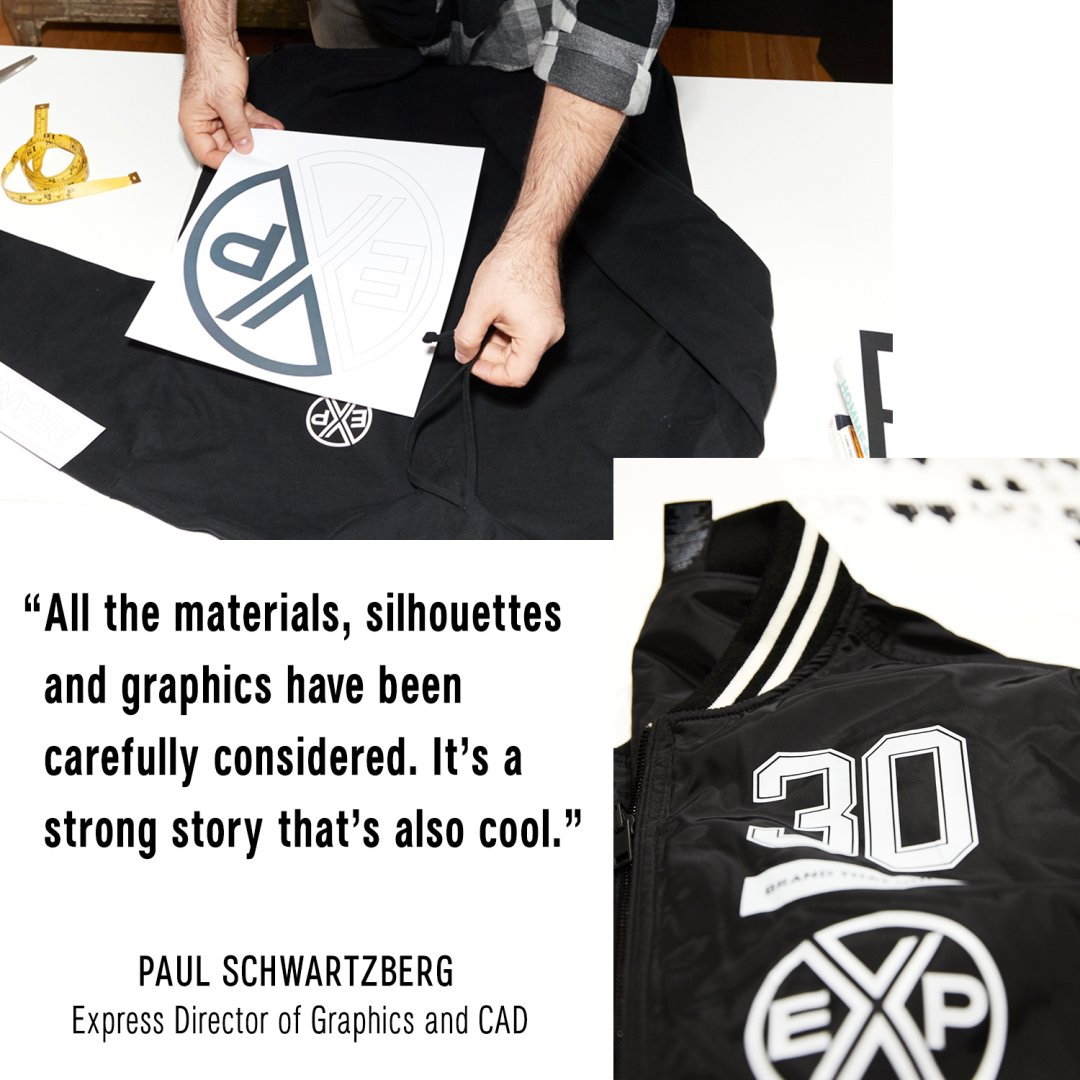 It was also important that Brand That Unites was versatile, containing the type of pieces that could be worked seamlessly into a range of wardrobes. Think hoodies and graphic tees under suit jackets, or joggers with dress shirts. “Brand That Unites complements everything else in the store,” says Clint Groom, vice president of design for menswear. “It’s not this compartmentalized thing, it’s something that every guy can wear.”

The collection you see here is just the beginning. Schwartzberg and DeChavez have big plans  for Brand That Unites. “We’ll be evolving shapes, colors, graphic content, and printing technique,” says Schwartzberg. “Together, we get to take more creative risks with Brand That Unites. And ultimately that shared creativity yields inspiration for what’s next.”