Getting to Know: Jarrett Culver

Getting to Know: Jarrett Culver

Today Jarrett Culver’s life will change forever. Today, twenty years of dedication, sweat, commitment and drive will culminate in a single moment. Today, Jarrett Culver will be drafted into the NBA.

Culver is the first to tell you he isn’t the flashiest player in the game, the loudest, and he won’t be the number one pick. But there’s something that fans, coaches, opponents, and scouts see in Culver, and that’s an innate talent and irrepressible urge to improve. (Not unlike another famous number 23.) There’s a wisdom to the way he plays, and much of that is rooted in his faith and family. When it was time to pick a college, Culver opted to stay at Texas Tech in his hometown of Lubbock, Texas to be close to his parents and two older brothers. It was there that he lead his team to a historic first: a spot in the 2019 NCAA Championship.

This week, EXPRESS had the distinct pleasure of dressing Culver and catching up with the rookie before his big night.

How did you find basketball?
I grew up playing all sports, but I got attached to basketball. I had a joy playing the game, and I knew how competitive I was.

How often did you practice?
I dedicated all my time to basketball: Mornings, afternoons, I’d stay out all night just trying to perfect my craft. I played in my front yard, I played at my high school, I played at a local gym.

What’s your practice schedule now?
It’s usually a workout in the morning, and then I lift weights. Then I workout in the middle of the day, rest and have dinner, and then go back at night and get some more shots up.

How do you describe your style on the court?
Smooth. I’m a silent killer. And I perform well under pressure because I don’t see it as pressure. I see it as opportunity to prove what I can really do. 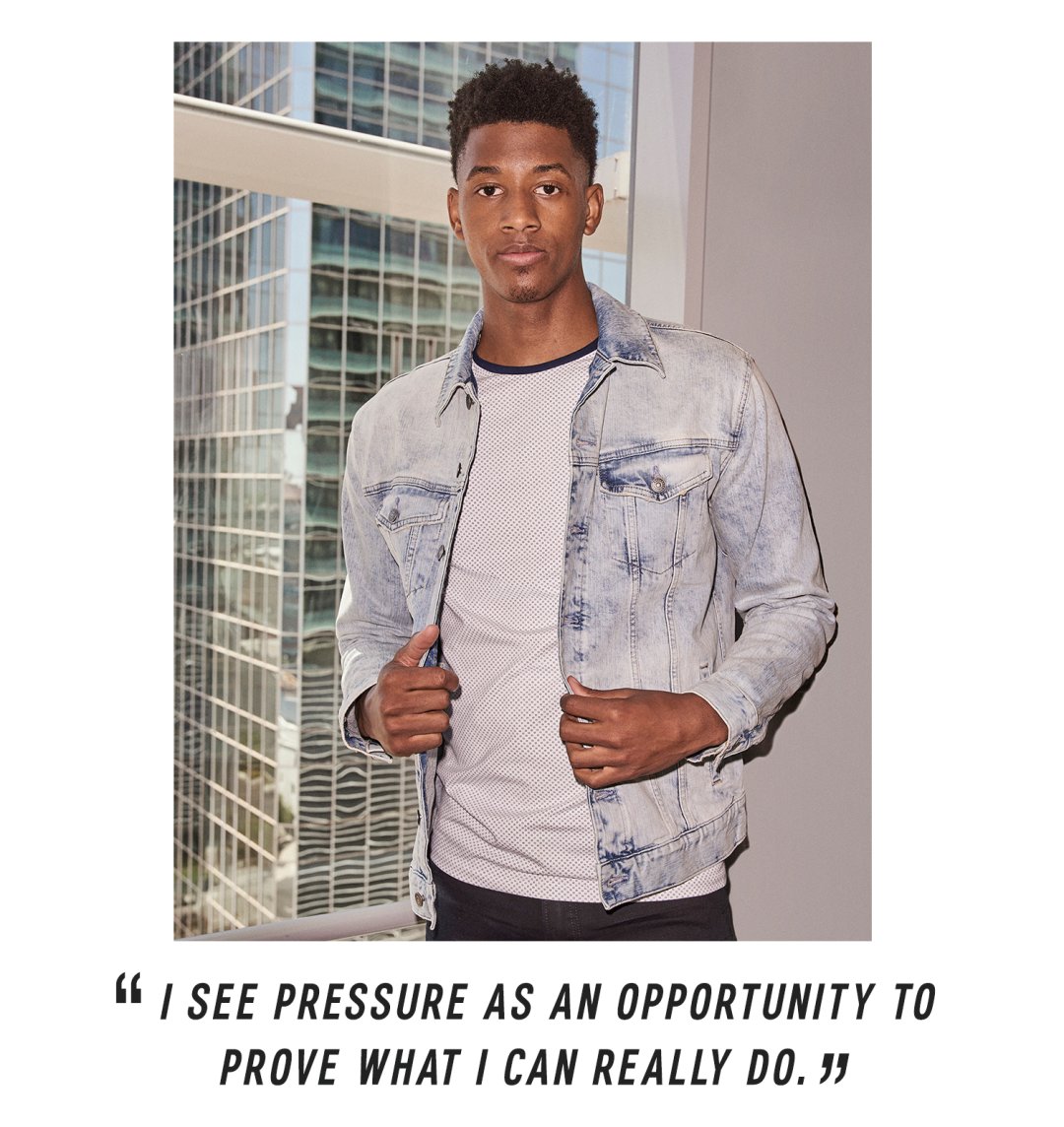 What was the highlight of your career so far?
Winning the Big 12 Championship at Texas Tech and then making it to the Final Four. Those are moments I’ll never forget. 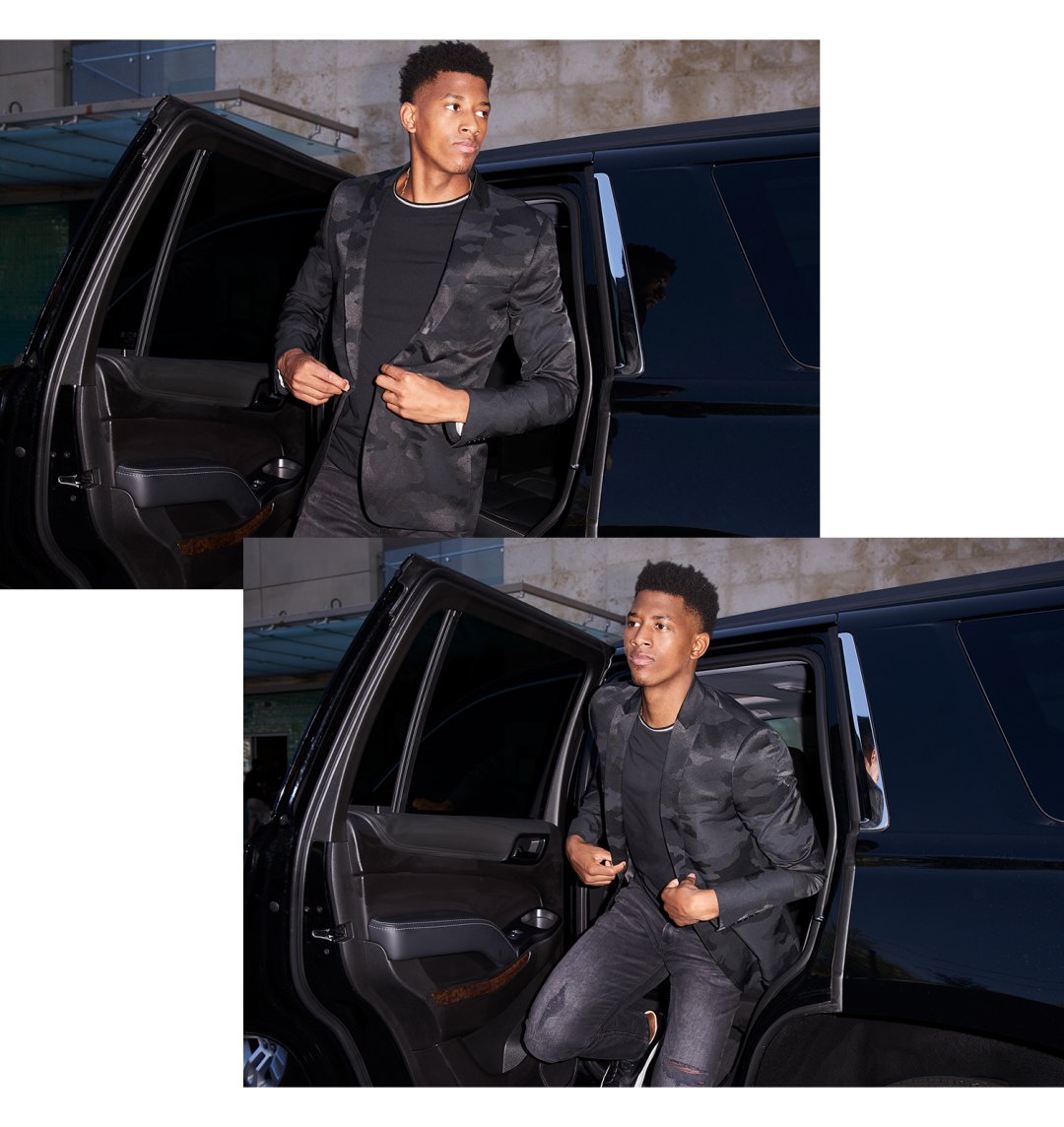 Basketball is a game of shooting and missing, winning and losing. How do you deal with loss?
I’m a competitor, and I hate to lose. But you don’t always make every shot and you don’t always win every game. But sometimes you’ve just got to move on and let it go because you can’t go back and change the past. If you put in the work, and you know you did everything that you could, then you shouldn’t hang your head.

Tell us about your style.
I like to dress clean, I like a dress shirt and nice shoes. Red is my favorite color so you’ll probably see me in red a lot.

What keeps you motivated?
First and foremost, God, who gave me the talent that I just want to maximize. And then being an underdog. I’m not the highest ranked or the most recruited and I’m from this small town in Texas—that drives me to be the greatest I can be. 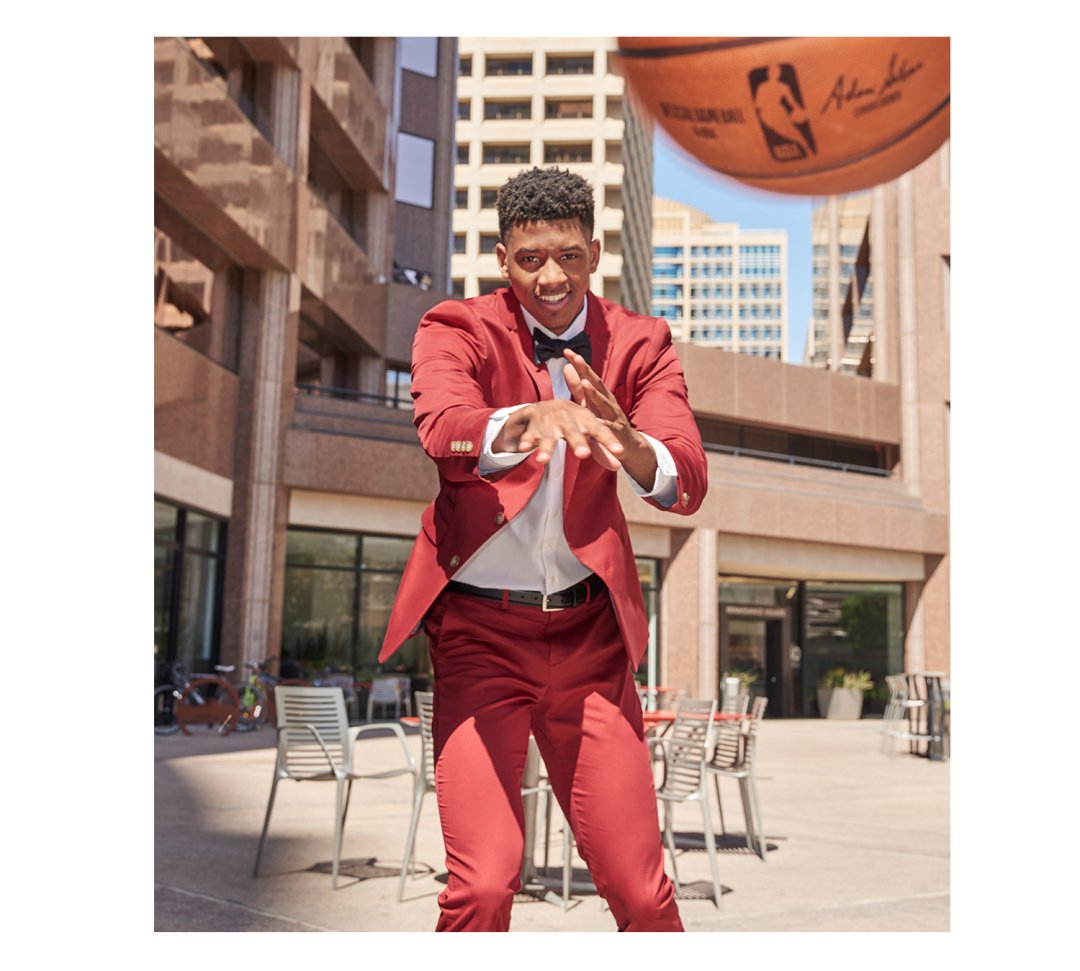